E-commerce giant Alibaba’s MyBank and Internet conglomerate Tencent’s WeBank, have dramatically changed the domestic financial services landscape and have lent to more than 100 million people so far, including those in rural areas and microbusiness owners, reports Nikkei Asian Review.

Ant Financial, the financial affiliate of Alibaba, and Tencent, which operates multi-purpose messaging, social networking, and payment platforms, are responsible for more than 90% of smartphone-based payments in China, and handled US$25 trillion worth of transactions in 2018. Each has 1 billion users for their respective mobile payment services.

With the large amount of customer information and data these bigtechs have, they are able to determine individuals’ income and payment ability.

Tencent’s WeBank uses a system for screening loan applications that relies on a user’s payment records, calls and social networking messages via their smartphone. The company then solicits loan applications from users by advertising directly to them through the mobile app. Since users are screened in advance, they can receive the money three minutes after applying.

Founded in 2014 and known for being China’s first Internet bank, WeBank has already offered loans to more than 100 million people, many of whom would have been ineligible for credit at conventional banks.

“The application of AI has made it possible for ordinary people and microbusinesses to gain access to banks,” Wu Haishan, vice general manager of WeBank, said in late June. 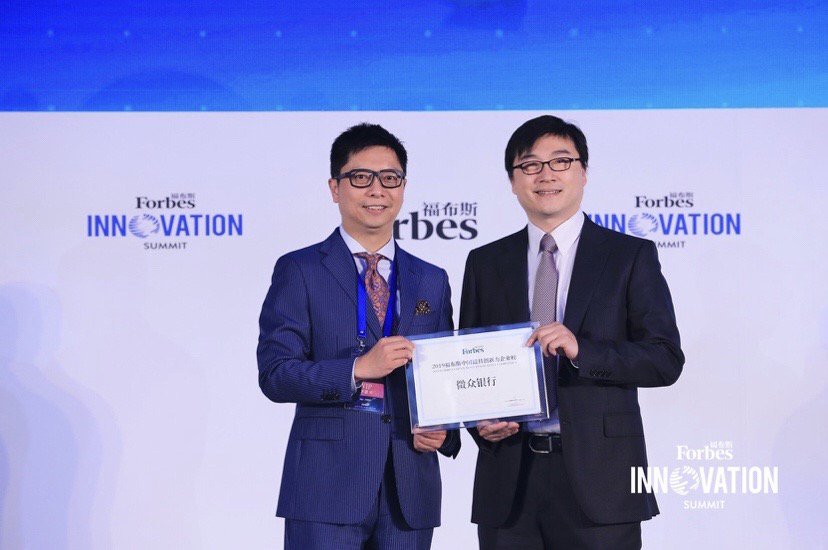 Similarly, Alibaba’s MYbank is able to calculate the maximum loan amount, interest rate and default risk of a client using data collected about them.

Using real-time payments data and a risk-management system that analyzes more than 3,000 variables, MYbank has lent 2 trillion yuan (US$290 billion) to nearly 16 million small companies, reports Bloomberg. Borrowers apply via their smartphone with just a few taps and receive the money almost instantly if they’re approved.

MYbank calls its lending procedure “3-1-0” in reference to the three minutes it takes for a loan applicant to insert the necessary information, the one second for the AI to decide whether to extend a loan, and zero, for the number of staff required for that process. 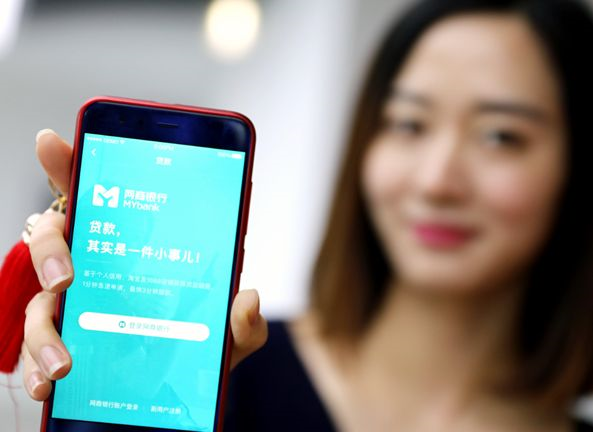 Launched in June 2015, online lender MYbank has so far extended loans to 17 million microbusinesses and other companies. Of those, 80% had never borrowed from banks before. Total lending by MYbank amounts to about 3 trillion yuan (US$425 billion). Both WeBank and MYbank record a default rate of about 1%.

MYbank is 30% owned by Ant Financial which along with Alibaba has provided the online lender with cloud-computing expertise and helped it with big data, AI and facial recognition to facilitate lending, MYbank president has told Reuters.

Besides MYbank, which started by lending to merchants on Alibaba’s Taobao platform, Ant Financial also lends through two other services: Ant Credit Pay and Ant Cash Now. Both target consumers.

WeBank and MYbank are undeniably the two leaders on the market, but competition is rapidly heating up as other bigtechs are looking to tap into the credit gap opportunity.

Baidu-backed aiBank is one of the newcomers to the scene, having officially commenced operation in November 2017. In its first year of operation, the direct digital bank extended a total of 54.5 billion yuan (US$7 billion) in consumer loans and provided 9.1 billion yuan (US$1.2 billion) in financial inclusion to its small and micro-enterprises, according to a report by the Bank for International Settlements.