Fintech In Japan: How is The World’s 3rd Largest Economy Tackling Fintech?

A global technological leader, Japan has witnessed the emergence of a thriving fintech landscape in the past two years as startups, industry players, regulators and government collaborate to build a favorable environment for innovation. 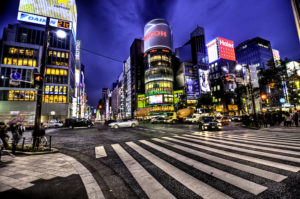 Tokyo in particular is home to a vibrant fintech ecosystem. Deloitte’s A tale of 44 cities: Connecting Global Fintech: Interim Hub Review 2017 report ranked the city amongst one of the top 12 fintech hubs in the world.

In November 2017, the Tokyo Metropolitan Government (TMG) formulated the Global Financial City: Tokyo Vision with the aim of making the city an unrivaled global financial center.

The policy outlines the form that the city should take, concrete measures to be taken, and the structures needed to make the vision into a reality.

As part of the plan, TMG launched the Accelerator Program – Fintech Business Camp Tokyo to invite foreign startups with cutting-edge technologies and business models to come to Tokyo. Startups that have participated in the program include LaLa World and Pikcio.

Regulators in Japan have been pushing for fintech innovation through the establishment of several laws around areas that include blockchain, cryptocurrencies and APIs, along with initiatives to support new fintech startups. Japan’s regulatory stance aims to efficiently incorporate fintech into Japan’s economic landscape.

In particular, changes in the Banking Act is making it easier for financial institutions and fintech companies to offer services using APIs and to form an API ecosystem with an expanded arrangement for protecting customers using these.

Similarly, amendments to the Payment Services Act clarify the legal status of virtual currencies, a first in the world, and enact responses from companies in the sector. A framework for protecting consumers was developed, and virtual currency transactions have been promoted.

With further regulatory developments impending, including a new framework addressing ICOs and cryptocurrencies in the country, the sector is expected to further grow.

In the past years, Japanese banks have been diving into fintech as the new regulations are set to bring in a new wave of competitors.

Mizuho Financial Group is planning to cut thousands of jobs over the next ten years in order to promote efficiency and greater profits by using artificial intelligence (AI) and robotics technologies.

Several banks have also been experimenting with technologies including blockchain and QR codes for more efficient digital payments.

MUFG has developed a blockchain-based payments system in partnership with US tech firm Akamai. The new service, which will operate with its own token called MUFG Coin, will be tested in 2019. The companies hope to launch it in early 2020. 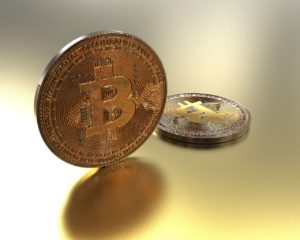 These associations organize regular events for business networking and technology discussions. The biggest annual fintech event FinSum is organized by Nikkei during late summer with support from FSA and fintech associations.

Some of the fintech segments where Japan has emerged as a leader include distributed ledger technology (DLT) and blockchain, robo-advisory, personal financial management (PFM), and lending.

Folio offers an online security brokerage service in Japan, specializing in thematic investing. The platform enables users to compile a diversified portfolio, managing their assets through a robo-advisor.

Quoine provides trading, exchange, and next-generation financial services powered by blockchain technology. It was the first global cryptocurrency exchange to be officially licensed by the Japan Financial Service Authority.