Last week, the Hong Kong Fintech Week returned for its annual week-long fintech gathering. The event, which brought together more than 8,000 attendees for one of the region’s biggest fintech events, was the opportunity for industry stakeholders to make some major announcements.

Many of the initiatives announced during the event are led by the government itself, further cementing the city’s commitment to fintech. But several companies from the private sector too took advantage of this past week’s festivities to unveil their latest initiatives.

The Hong Kong fintech ecosystem has had a month of November full of meaningful developments. The following are some of the major announcements made over the past two weeks. 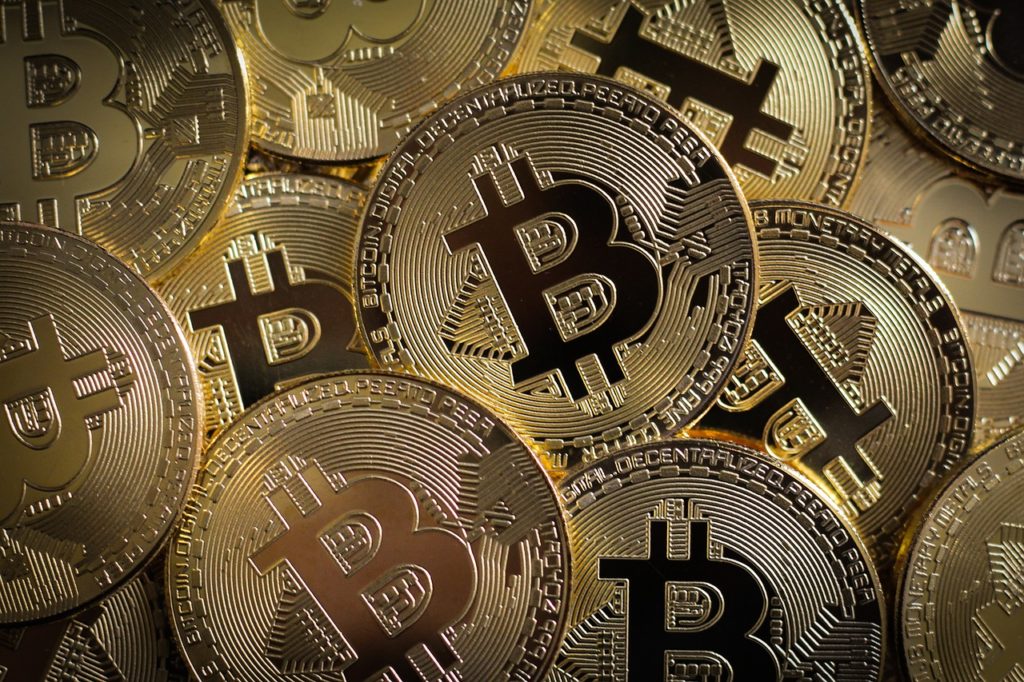 Hong Kong’s Securities and Futures Commission (SFC) has released new rules allowing cryptocurrency exchanges to receive an operating license. Among other requirements, the rules says that a licensed exchange must provide services to professional investors only, and have an insurance policy to protect clients in case assets are lost or stolen.

The Hong Kong Monetary Authority (HKMA) has signed a Memorandum of Understanding (MoU) with the Institute of Digital Currency, a subsidiary of the People’s Bank of China (PBoC), to conduct a Proof-of-Concept (PoC) trial to connect eTradeConnect, HKMA’s blockchain-based trade finance platform, and the PBoC Trade Finance Platform. 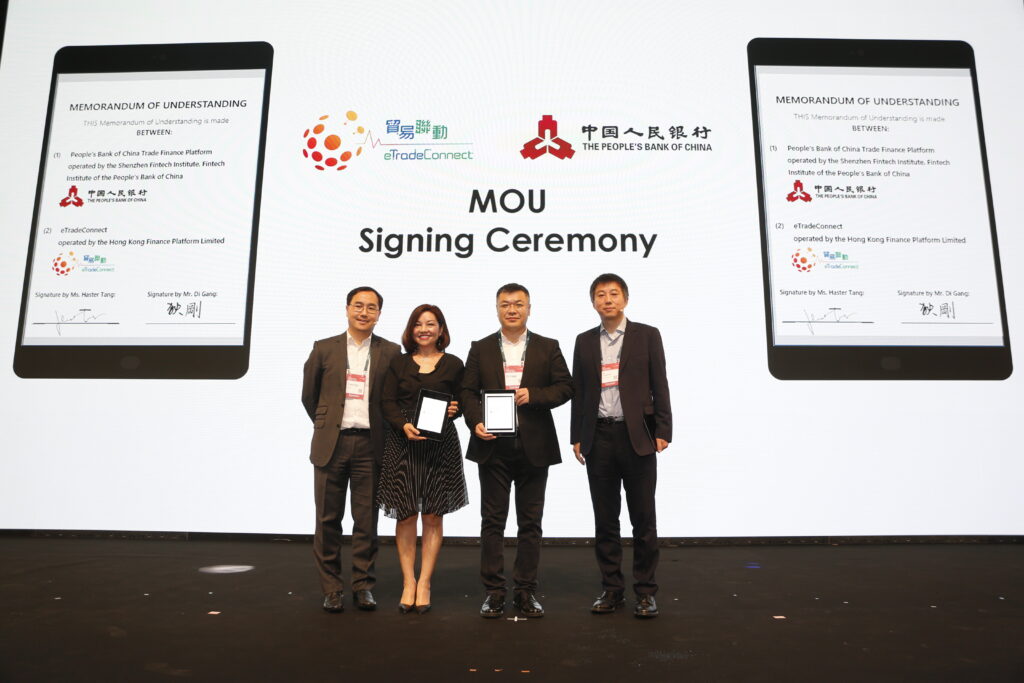 The HKMA has also extended its partnership with the Bank of Thailand, announcing a joint research project named Project LionRock-Inthanon to study the application of Central Bank Digital Currency (CBDC) for cross-border payments. The focus will be put on facilitating HKD-THB payment-versus-payment (PvP) among banks in Hong Kong and Thailand.

The first Innovation Hub of the Bank of International Settlements (BIS) has commenced its operation in Hong Kong.

Initially, the BIS Innovation Hub in Hong Kong will explore with the HKMA the use of distributed ledger technology (DLT) for trade finance and study the impact of big tech in financial markets.

The BIS Innovation Hub in Hong Kong, which was announced in September, aims to serve as a focal point for a network of central bank experts on innovation. Besides Hong Kong, other hub centers will be set up in Singapore and Basel, Switzerland in the initial phase.

Launch of the Fin+Tech Collaboration Platform

The HKMA has jointly launched the Fin+Tech Collaboration Platform with the Hong Kong Science and Technology Parks. The platform aims to support fintech development by allowing industry participants to organize fintech-related activities such as accelerators and hackathons. 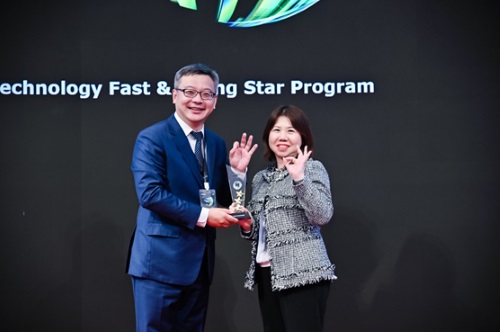 Chinese Internet giant Tencent has been granted a Hong Kong virtual bank license and is now planning to launch a blockchain-based virtual bank. The firm is currently building up its “blockchain virtual banking team,” according to a CoinDesk report.

So far, the SFC has granted virtual bank licenses to 12 entities, among which Infinium, a joint venture between Tencent, Industrial and Commerce Bank of China (ICBC) and other two Hong Kong-based institutional investors.

The University of Hong Kong has introduced two fintech indices, the Hong Kong Fintech Growth Index (FGI) and the Hong Kong Fintech Buzz Index (FBI). These indices, which are part of the HKU Fintech Index Series, aim to gauge local fintech companies’ outlook on the industry and the general sentiment on the sector as reported by local press.

According to the indices, 2020 is set to be a positive year for fintech development, with FGI for 2019-20 growing by 52.9%, a rise which can be attributed to favorable policies and measures. 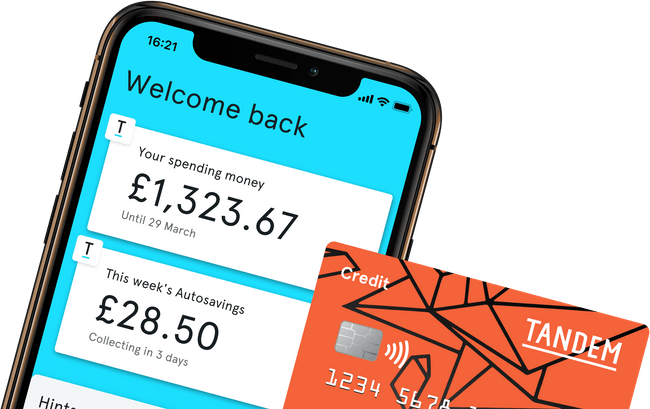 Tandem, a UK-based challenger bank, has announced that it will begin its international expansion plans with a launch in Hong Kong set to occur before the end of the year.

Tandem is a full-service digital bank offering a suite of financial products including savings accounts, mortgages, credit cards and loans.

To launch in Hong Kong, the startup said it has partnered with Hong Kong-based financial advisory firm Convoy Global Holdings which it said “have been integral to the launch progress.”

A new program for Indian business-to-business (B2B) fintech startups, called FT Slingshot, has been launched to help Indian companies scale and launch internationally, with a particular focus on Greater China and Southeast Asia.

The program, led by FinStep Asia in partnership with Medici and WHub, aims to showcase Indian B2B fintech innovation and bridge Indian companies’ access to international markets. The program will feature demo days in Mumbai, Hong Kong, Shenzhen and Singapore.

Launch of a Master of Science in Fintech 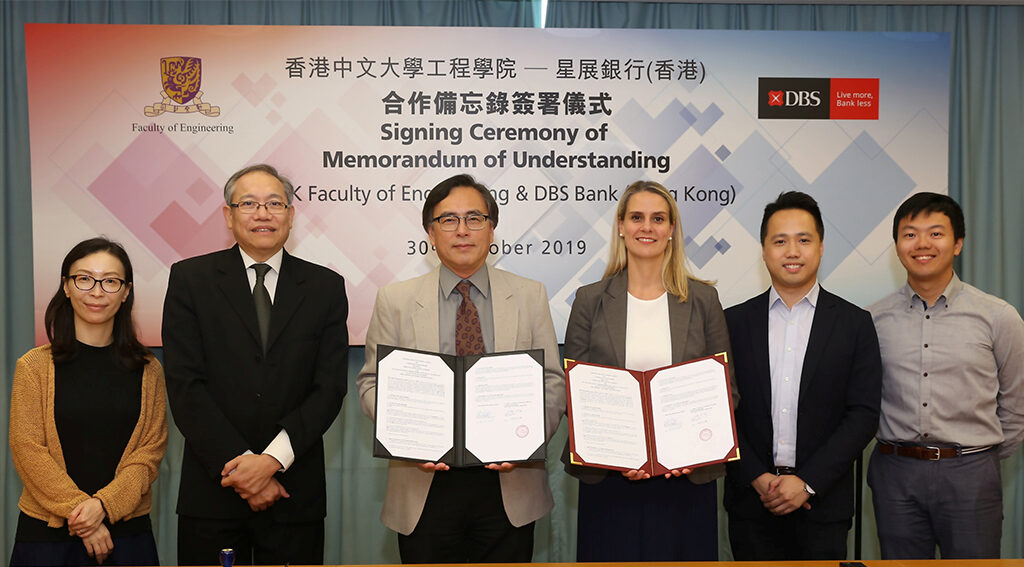 The Faculty of Engineering, the Chinese University of Hong Kong (CUHK) and DBS Hong Kong have signed a MoU for an inaugural Master of Science in Financial Technology program (MSc FinTech).

The Fintech Association of Hong Kong (FTAHK) has signed a MoU with the ASEAN Financial Innovation Network (AFIN) to facilitate greater collaboration and integration between fintech hubs across Asia.

AFIN is a non-profit organization established by the ASEAN Bankers Association, the World Bank’s International Finance Corporation (IFC) and the Monetary Authority of Singapore (MAS). AFIN is the organization behind the API Exchange (APIX), a global cloud-based fintech services marketplace aimed at helping market players connect with one another, design experiments collaboratively and deploy new digital solutions.

The partnership will see the two organizations working jointly on a number of initiatives to support the development of fintech on APIX. 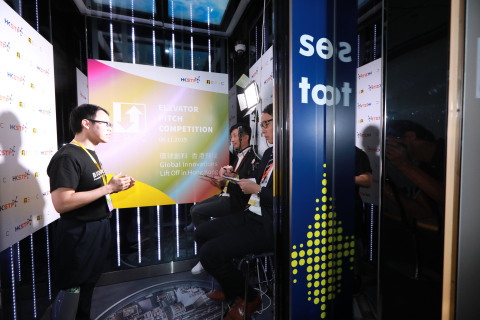 BionicM Inc. beat other finalists from across the globe in the Elevator Pitch Competition 2019 and was crowned champion, earning a cash prize of US$100,000, November 2019

BionicM, a mobility technology startup from Japan, was crowned the grand winner of this year’s Elevator Pitch Competition 2019 (EPiC), an annual competition organized by the Hong Kong Science and Technology Parks Corporation (HKSTP).

BionicM provides mobility technology and related solutions for lower limb amputees, focusing on artificial legs and the integration of robots and humans.

Osome, an AI platform for business management from Singapore, was the winner of the fintech category.