As digital money grows in popularity, banks and credit card companies are facing increased competition from technology companies which are coming up with new ways to transact that are easier, more convenient and cheaper.

Cash and bank deposits are battling with so-called e-money, electronically stored monetary value denominated in, and pegged to, a currency. These are offered by new private sector providers, and according to a paper by the International Monetary Fund (IMF), titled The Rise of Digital Money, their adoption could be rapid given their “attractiveness as a means of payment.”

The paper notes that in countries including China and Kenya, e-money is already widely: 90% of Kenyans over age 14 pay with M-Pesa, and China’s WeChat Pay and Alipay currently process more e-money transactions than Visa and Mastercard combined. 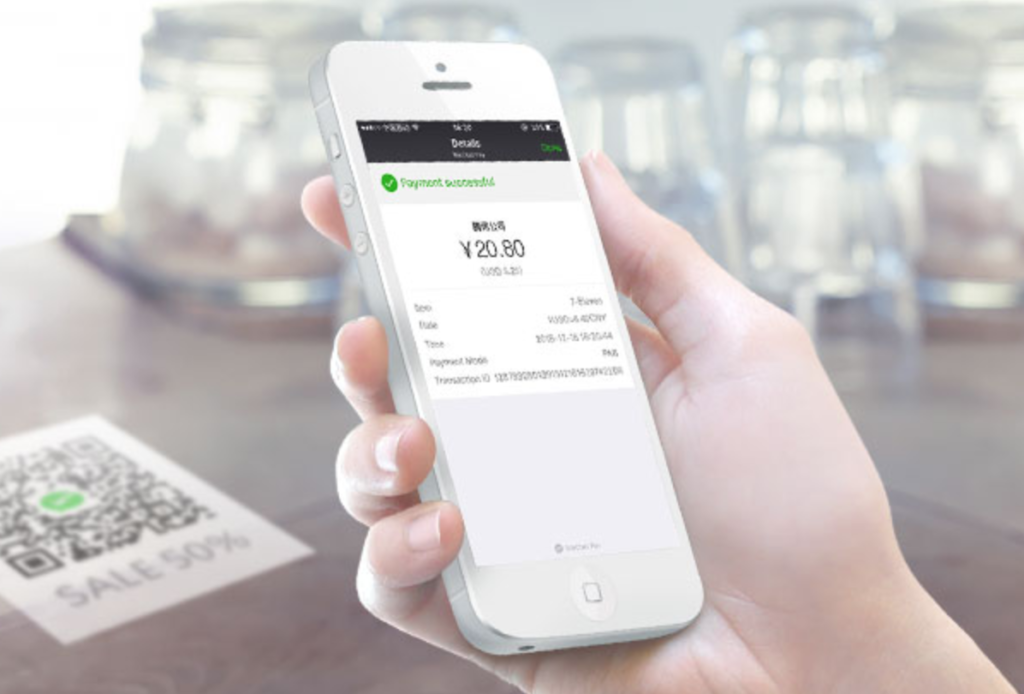 Besides these services, blockchain-based forms of e-money are also popping up. Also referred to as “fiat tokens” or “stablecoins,” these include the likes of Gemini dollar, Paxos Standard, TrueUSD, and USD Coin by Circle and Coinbase.

So far, e-money has taken off in just a few countries, but adoption could very well grow rapidly elsewhere, and there are several reasons for that.

First, the paper cites the convenience of e-money. E-money is typically issued by companies that understand user-centered design and integration with social media. And according to the paper, these have managed to develop systems and solutions that are “better integrated into our digital lives [compared to] b-money (which currently is issued by bank) or central bank money.”

E-money is also faster and cheaper than cash and bank deposits. Transfers in e-money are nearly costless and immediate, and thus often more attractive than card payments or bank-to-bank transfers, especially across borders.

Furthermore, in countries where e-money is taking off, users trust telecommunications and social media companies more than banks. 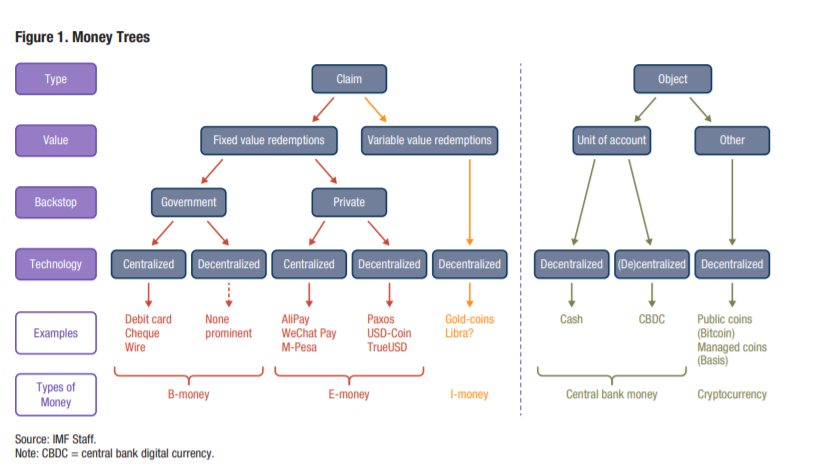 Another advantage of e-money is that it can incorporate technologies such as blockchain, which would allow for capabilities and features never seen before.

For example, if assets like stocks and bonds were moved to blockchain-enabled infrastructure, blockchain-based forms of e-money would allow seamless payment of automated transactions; assuming these blockchains were designed to be interoperable.

Additionally, the power of network effects to spread the adoption of these new services should not be underestimated, the paper says.

“[The world’s big tech companies and fintech startups] are experts at delivering convenient, attractive, low-cost, and trusted services to a large network of customers,” it says.

“User-centered design is second nature. They understand how people behave on social media and online. They can make payments integrate seamlessly. They did it once with social media; they could do it again with money, whether with an ‘e’ or even perhaps an ‘I’ in front of it.”

The report also explores the effects of mainstream adoption of e-money on the banking sector and highlights the risks associated with these, including the potential creation of new monopolies, threats to weaker currencies, concerns about consumer protection and financial stability, and the risk of fostering illegal activities, among others.

In the long run, large tech firms offering banking services will need to be regulated as banks and firms that offer the equivalent of investment funds, or broker-dealer services, would be regulated as such, the report says.

The document also explores the emergence of i-money, short for investment money. I-monies are issued by private investment funds and represent a potential new means of payment, though whether or not the trend will take off remains unclear.

I-money is equivalent to e-money, except for the fact that it offers variable value redemptions into currency, making it thus an equity-like instrument. I-money entails a claim on assets, typically a commodity such as gold or shares of a portfolio.

Examples of gold-backed i-money are Digital Swiss Gold (DSG) and Novem. An example of i-money backed by a portfolio of assets is Libra, the cryptocurrency project announced by Facebook and members of the Libra Association in June.

“I-money could be sufficiently stable to serve as a widespread means of payment,” the paper says. “However, as the transfer of i-money entails a transfer of ownership of securities, it may be subject to regulatory restrictions that could limit transactions across borders, for instance.”

6 Hong Kong Crypto and Blockchain Platforms You Should Know